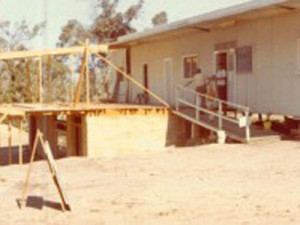 Toukley Golf Club Ltd. was granted a Certificate of Incorporation of a Public Company on 13 July, 1970 and was officially registered with the Licensing Court on 6 July, 1971.

The story of Toukley is one of immense hard work by the original group of dedicated members who built the course and its facilities out of virtually nothing.

The original clubhouse was a work shed given to the club by Munmorah Power Station, where it had been used as a pay office and store, on the condition that it was taken off the site within 10 days. Although Eric Deaves, one of the original directors, didn’t sleep for two days, the shed was moved to the club’s present site in time at a cost of $333.00. Wes Schaible undertook to build the new clubhouse from a floor plan and, playing it very much by ear, he renovated, patched up and built around the existing hut.

The first Annual General Meeting was held in the Youth Hall in January 1971 to elect a members’ and associates’ committee for the year and it was decided then to hold the official opening day in April of that year. This turned out to be a very memorable occasion with everybody who was anybody fronting up with a set of clubs. The conditions were very primitive with the rough being really rough and it is said that several players were lost overnight in the mulga. 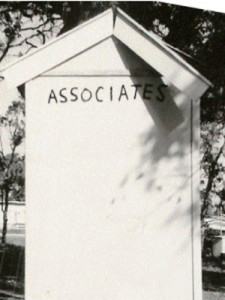 An honesty box was setup and cemented into the ground near what is now the front of the practice green. Money was placed in the slot and a considerable sum was collected each day indicating that very few people looked for a free game.

After the celebrations of opening day, work started in earnest. Massive working bees were organised by Cyril Roberts along with the first greenkeeper, Ray Eckford, and everybody answered the call, even the juniors. Doug and Deanne Gray, with the help of Fred Offord, made the first tee their project. It was a huge job which took them over 12 months. They also made the ball washing boxes on every tee.

A Provisional Committee was appointed in July 1971 and was responsible for giving the go-ahead to Thomas Crown Pty Ltd to commence construction of the course in September 1971.

The Ex-Servicewomens’ Annual Golf Day was held in August 1972 and facilities were stretched to the maximum. Shortly after this the clubhouse was opened and the hard-working professional, Jack Cummins, known as “Mr Popular”, did much to increase the playing numbers. Described as always helpful and ready to give advice, he ran clinics for the beginners and kept the field moving.
Toukley Staff 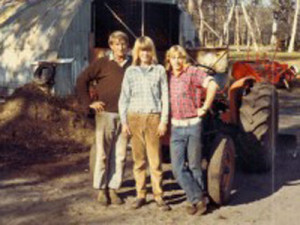 A Conditional Licence was granted on 9 March 1972, subject to the clubhouse being completed in accordance with the plan approved by the court. After an inspection by the Licensing Court of the finished clubhouse, a license was duly granted and trading commenced in September 1972. Free beer flowed for all over the age of 21.

Also in 1972, a Juniors Committee was elected and from this group came Lawrence Montague, now a playing professional with the Jack Newton Foundation. Later, another Toukley junior, Darren Chivas, also made a name for himself, being NSW state champion and later turning professional. Over the years, Toukley has had many deserving champions who have gone on to represent district and state teams.

While the construction of the clubhouse was underway, the players made the best of the situation and each day was a barbeque day. The Toukley RSL Social Golf Club was a fine supporter and each fortnight the social players strode out on to the course, cooking steaks and sausages afterwards.

The first-ever green staff consisted of Ray Eckford, Michael McManus and Bill McKean. Sadly, Ray suffered a brain hemorrhage on the second fairway and died two days later. He was an untiring worker and much of the foundation work on the course has been credited to him. He was greatly missed by all club members and associates.
Juniors lending a helping hand

Work continued and the first fairway was raised approximately 16 inches in 1973. However, in March 1974 disaster struck (click for pic) when the whole course, except for the fifth and ninth greens, was flooded by two feet of water. Approximately 100 trees fell together with many branches from those trees left standing. The clean-up was a mammoth job and the course was out of action for several weeks. 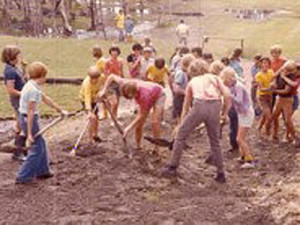 In 1976, work started on the back nine holes, and the construction of a levee around the course perimeter. This waterway made a big difference to the drainage after heavy rain. Until 1976, the second tee had been a snake-infested swamp and it was impossible to retrieve lost balls.

Since those pioneering days, many clubhouse improvements have been made, with the first and second stages having been completed. As far as the course now is concerned, full irrigation has been installed and extensive changes have been made to several of the holes, with a new green at the 7th. 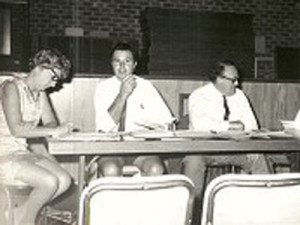 Thanks to the on-going hard work of many dedicated members, Toukley can now quite justifiably be described as a highly-rated championship course, winning the right to host the NSW PGA Touring Players’ Championship for five years. At the very successful inaugural event in 2005, the title winner Ricky Schmidt was quoted as saying that the Toukley layout had earned the respect and admiration of all the professionals, while Tournament Coordinator Darren Quint reportedly agreed, describing the course as a “jewel”.