Dimi breaks through in Europe 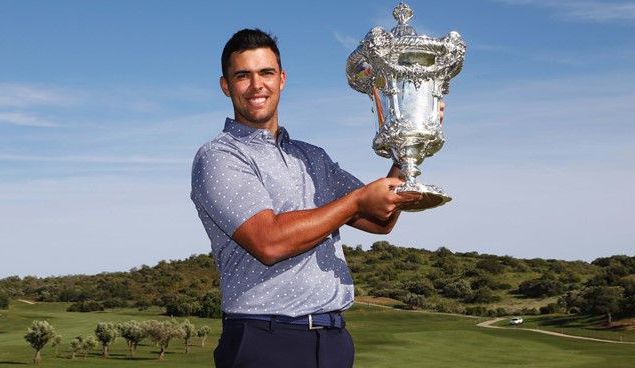 The Australian started the final day in Portimão one shot behind overnight leaders José-Filipe Lima and Stuart Manley, but overtook them with two birdies in his first four holes and never looked back.

The 26-year-old New South Wales Central Coast pro, a three-time winner on the PGA Tour of Australasia, rolled in an 8m birdie putt at the tenth to extend his advantage over the chasing pack and despite dropping a shot at the par-five 16th he rallied to bag his fourth birdie of the day at the short 17th.

After coping with the windy conditions all day, Papadatos was left with a tricky 3m par putt on the 18th, but holed out with aplomb to set the clubhouse target at seven under.

With home favourite Lima unable to birdie the 18th to force a playoff it was Papadatos who was crowned champion, and he was delighted to have claimed his first victory in Europe.

With victory in Portugal, Papadatos moves to ninth place on the Challenge Tour’s Road to Ras Al Khaimah Rankings with 32,000 points.