The final round of Championships was held today. It was a wonderful day with some great results. It was held in conjunction with our Vets championships so there were many winners on the day.

Congratulations to all our winners. 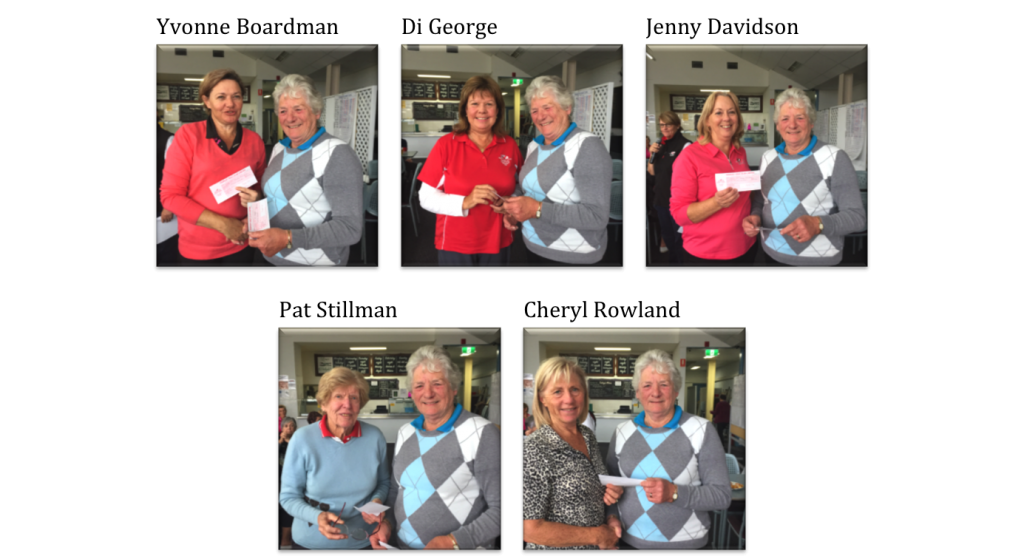 Division 2 was a hotly contended result with an in form Jenny Davidson narrowly defeating Narelle Tracy in a play off to take out Division 2 champion with both ladies finishing on 321 points.

There was also an event of the day. Winners are:

Lyn Heggie and Kate McKinnon managed the Vets Championships over the past 2 weeks. There were also lots of winners in this event.

Winners presented with their awards by Lynne Heggie: 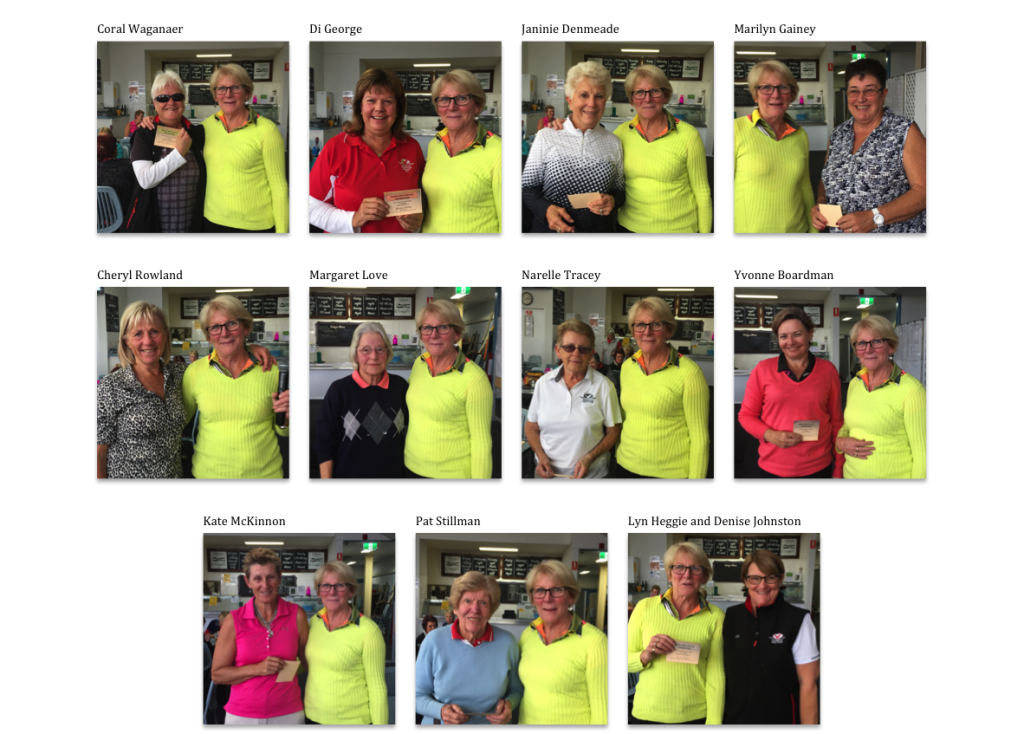 On Sunday the club held the mixed Foursomes Championships and our ladies were successful in this event as well. A huge congratulations to these winners. There were also nett and runner up winners.

B Scratch     Jenny and Bruce Davidson 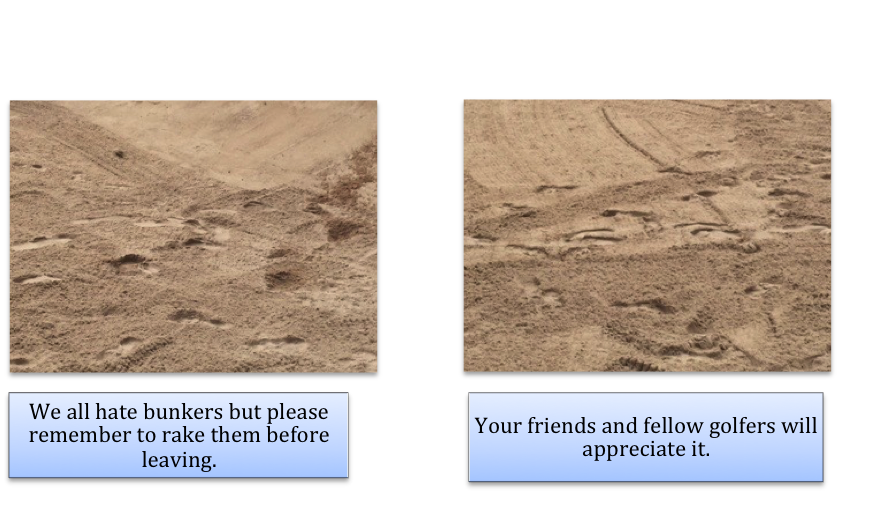 Hopefully everyone has enjoyed the competition over the past few weeks. Thank you to all who participated and assisted with running the Championships. 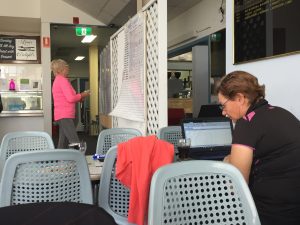 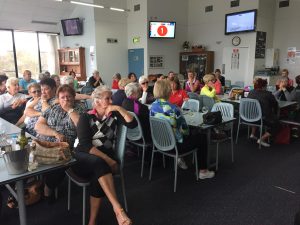