The Coloured Ball Competition was held this week and as usual, it proved to be a fun and unpredictable day. Each team of four ladies had a coloured ball and each team member had a turn to play their hole with this ball in order of their name on the card and their Stableford score was doubled. The two highest scorers per team were recorded. If the coloured ball was lost it could not be replaced. One team suffered devastation when their ball was lost on the first hole, one team’s ball went into a tree and never came down, some hit water holes and were not found and the resident crows are known to prefer stealing coloured balls.

The winners of the day were 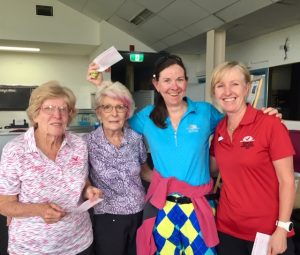 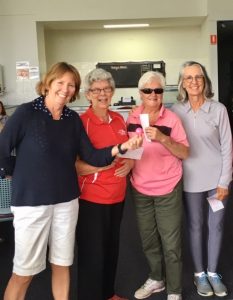 Congratulations to all those winners

This great shot was captured on the 15th hole when Coral hit her 4th shot onto the green from over 100 metres out- a well deserved Par Coral! 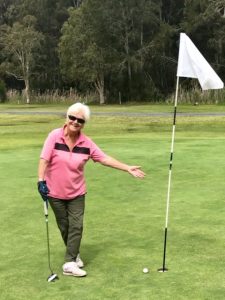 The AGM was held for the Toukley ladies golf and the new committee for 2019 was voted in. Below are the members for 2019. 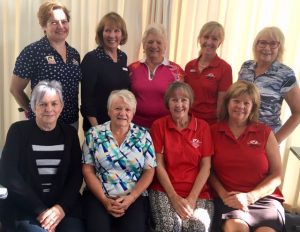