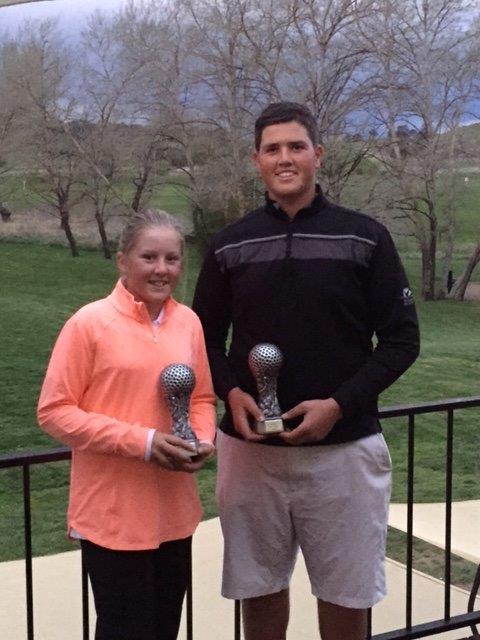 Darcy and Annika competed in the Fayde Match Play Championships over the weekend at Mt Broughton Golf and Country Club.

The event is for the leading 8 Junior Scratch players in each division plus selected players to complete in an open handicap division.

Darcy was declared the joint winner of the 17 Years Scratch Title after 72 Holes of Match Play (36 Holes Day 1 & 2). On a demanding layout hewas 8 under par after 72 Holes including playing the final from the Black Tees which plays 6700m in length.

In the final he played Blake Windred (The Australian GC) and got off to a great start with and eagle and a birdie to be 3 under after 7 Holes and 4 up.

Blake had a stretch of 3 under through the next 9 Holes to draw the match all level after 16 holes. Darcy made a crucial putt on the 17th to go 1 up

Darcy continued his good form in to the Stonecutters Ridge Junior Classic winning the event with an even par round of 72 in windy conditions by one shot.

The win was a back to back title having won the inaugural Stonecutters Ridge Junior Classic in 2014 with the same score.

Annika won the Under 14 Girls Handicap Division and was only two shots away from taking out the 2015 Girls Stonecutters Ridge Junior Classic Title.